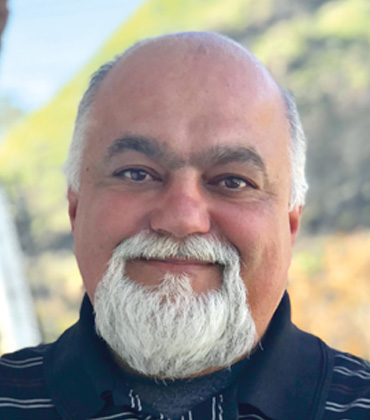 Over the last 13 years, American Solar Power, Inc. (ASP) has established a name for itself as one of the premier solar installation subcontractors. Historically, serving as a residential solar system installation subcontractor, ASP shifted to the commercial arena as they realized this was a growing area that would allow them to demonstrate their expertise at a higher level.

Having extensive knowledge of all the major manufacturers as well as the major contractors, ASP has without a doubt become a premier electrical subcontractor. They take pride in helping contractors and clients find the right solution for their project's needs. American Solar Power, Inc’s knowledge makes everything from permitting to permission to operate worry free for contractors who make the decision to hire them.

Currently, ASP focuses on commer¬cial subcontracting projects and cov¬ers all aspects of design, construction, installation of panels, and electrical equipment. Alongside these services, a noteworthy facet of American Solar Power’s business model is its ability to custom build carports regardless of the terrain or other obstacles.

Approachable for service at any phase of a solar system installation project, the team at American Solar Power Inc. can step in and complete unfinished construction and rescue a job for a client if the need arises. American Solar Power, Inc. has brought together a crew of highly knowledgeable and experienced professionals.
Their capabilities allow them to complete projects on rooftops, in-fields or with custom- built carports. “We can seamlessly design, install, and even custom construct a solar project for a client, and we do so with a focus on the clients’ needs,” elucidates Edwin Baranian, Founder and President of American Solar Power, Inc.

The “Secret Sauce” at ASP is their team. Their core group has been working together for over ten years, and their teamwork and efficiency allow them to complete even the most difficult of projects with ease. They know each other’s specialties, and everyone steps up to support each other at various stages in the process.

We can design, install and even custom construct a solar system installation project for a commercial project

For one client that had a fallout with their previous subcontractor during a project, American Solar Power, Inc. noticed that inspectors would disapprove of the construction that had been completed, as it was not up to code. They stepped in, picked up the project halfway, fabricated a structure that would be approved, and completed the project. The project passed inspection and the client was able to complete their project on time.

Another unique project completed by American Solar Power, Inc. is the custom-designed, large canopy built to allow for large trucks to pass under so that a delivery space could continue to be utilized despite being on a small lot. American Solar Power, Inc. built a structure to host part of the required equipment thirty feet clear of the ground to accommodate the solar system infrastructure within the parking space that was neither L- nor T-shaped. With two such structures at their facility, the client began generating and utilizing greener energy and hosted gatherings at the free space available under the canopy. With a substantial year-in, year-out growth ratio, American Solar Power Inc, in the short- and long-term, will commit its resources to stay attuned to the latest trends and continue its journey as a premier solar subcontractor.

Thank you for Subscribing to Energy Business Review Weekly Brief

However, if you would like to share the information in this article, you may use the link below: